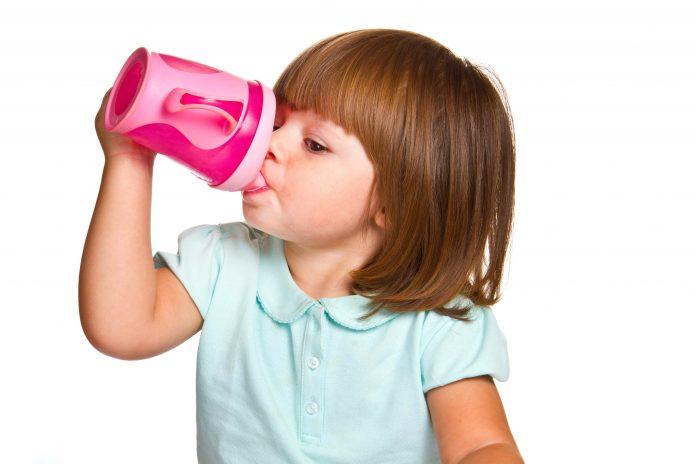 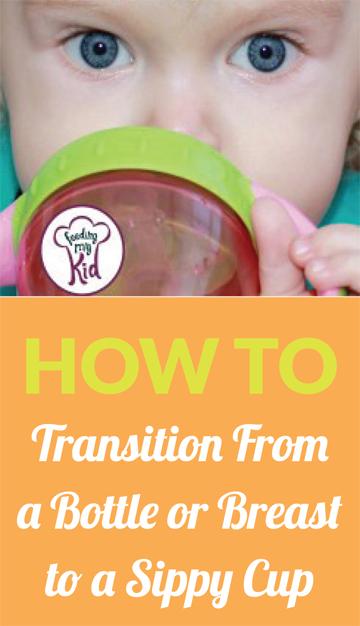 What Age Should I Introduce A Sippy Cup?

You can start offering your little one a sippy cup around six months of age. Some kids can handle it as early as four months. If starting before six months, speak to your doctor about putting anything other than expressed breastmilk or formula in the sippy cups.

Don’t fret if your child isn’t ready yet, but keep offering him the sippy cup. Find out why it’s important not to introduce juice at this age.

How much should my child be drinking?

If you are using bottles, sometimes the transition from bottles to sippy cups can be challenging. Your child might seek comfort from his bottle.

How To Pick The Right Sippy Cup?

Oh my goodness, this is such a trivial decision, but boy are there a million different types of sippy cups and almost all of them have their fair share of haters. Did you know that not all cups are BPA free? There are glass and stainless steal cups too. Eek, can’t the glass break? There are super cool looking cups that look impossible to clean. Here are some third-party sippy cup review websites to help you make the decision:

My twins were around 10-11 months when I transitioned from bottles to sippy cups. My son wasn’t ready yet, so it took a few months to transition him fully. I’m going to offer you a lot of advice from experts and sprinkle what worked for us in the advice too. At the end of the article, there is a comment section. Please share what’s worked for you and what didn’t. The goal of the website is to learn from each other!

How To Get Your Baby To Drink From A Sippy Cup?

We started with those training sippy cups. These have the spout similar to a nipple of a bottle and handles to make it easier to grip. I’ve seen some kids who can drink from a straw cup day one. It’s best to try to get your child to drink from a straw as soon as you can. You can buy both and try both. Your child might just consider it another toy to play with, and that is ok! You want him to get used to his new cups.

Just like anything else, you’ll need to show your baby what to do with the new cup by raising it to his mouth and tipping it so he can drink from it. We used to lay our kids down so they didn’t have to tilt their heads back, but later I found out they can aspirate from this. Who knew? So please be careful! I’ll share with you what we did and it is not always right, so I’ll be sure to mention that too.

It can take time, as everything with kids does 🙂 Some kids grasp drinking from a sippy cup quicker than others. It’s totally normal.

What If Your Child Is Refusing The Sippy Cup?

Try offering your baby the breast or his regular bottle first and when he are about half way done, go ahead and offer the sippy cup to see if he will finish the feed with the sippy cup. This way your baby is not as hungry and might not be as frustrated by having to work harder on the sippy cup.

There Is A Sippy Cup For Every Kid

Once my twins used to using the training sippy cups with the nipple-like spout, I started buying all sorts of different kinds of straw sippy cups without much luck.

A good friend of mine suggested using those toss away straw cups. Since they were not spill proof cups, it was a lot easier for my twins to get the water up the straw, since they didn’t have to work so hard. I wanted to quickly transition out of these cups because my twins loved to take the straw out and turn the cups upside down and shake them. Let’s just say I wanted to toss these toss-aways fast.

We tried all kinds of sippy cups and settled with ones that leaked every time, were hard to clean, and were hard for our twins to use. Not intentionally, but that’s how it worked out.

I should have kept looking, but I had already bought five or so different types of cups at this point. So, what is an overtired mother to do? Well don’t ask a friend for a recommendation and then order 16 of the same cups without really trying them. Rookie mistake!

Straw Cups Are Hard at First

For young babies, the straw might be why your child isn’t taking to it. Some kids really struggle at first with a straw. It requires strong muscles to suck the liquid up the straw, especially if they are the spill proof ones. I’ve tried myself, and it’s actually hard to get liquid out of them. My twins would get frustrated and quit before the milk or water actually made it up the straw.

There were times I would suck up the milk for them and then hand it over quickly and they would just keep drinking from that point. I’m pretty sure these were the wrong cups for our family, but I bought a ton of them and no matter how much they leaked or how hard it was to get fluid out of them, we were going to all suffer together and use them. Mommy fail 🙂

I had countless friends tell me about their sippy cup graveyards in their cupboards. I wonder if the sippy cup process just takes a while and parents worry that it must be the cup, so they buy tons of different kinds of cups, when the child just needed more time and practice?

Stick with it! It’s important your child develops these muscles in their tongue, cheeks, and lips, which will help them when they start speaking.

Dangers to Look Out For:

Doesn’t every parent article try to scare you? Why should this one be any different?

When To Transition To A Real Cup?

You can start anytime. I will warn you it can get messy, so try to only keep water in these cups as they are guaranteed to spill. Occupational Therapists (OT’s) will say you want to introduce real cups as soon as possible. My twins were 19 months and still not drinking from a real cup. I’m sure it’s because they got so little practice, but I just couldn’t handle all the water everywhere. Start and start early with your little ones. It helps with their hand-eye coordination. We were more of a cautionary tale of what not to do with traditional cups.

Try to avoid buying the 9 -12 oz sippy cups. You might be thinking, great I won’t have to refill it often. So many parents are filling it full of juice instead of water, and children at this young of an age should not drink more than 4 oz of juice or flavored milk a day, at the most. Aim to fill your child’s sippy cup, no matter the size, with only water or milk.

Check out how much fluid should my child be drinking?

How To Test A New Cup

First, fill it with water, turn it upside down, and shake it. Did it spill? Shake it some more, still nothing? Great, you have a winner. Please share your favorite cups with us below.