One great way to get your toddler to try new veggies is by watching other toddler’s eat veggies.

Studies show that just by having your kids watch other kids eating a vegetable that they are more likely to eat veggies themselves.

How easy is that??

How do you get kids to eat more vegetables? SHOW THEM THIS VIDEO! Studies show that kids who are exposed to other kids eating certain foods will take the pressure off of trying something unfamiliar.

Call it peer pressure, call it influence, but we call it a success!

Need more ideas on how to get your kids to get their veggies? Subscribe to our channel as that’s what we are all about. We provide tips, recipes, and ideas to try at home to expand what your kids are eating.

So start watching these videos with your child to help encourage him or her to eat more vegetables!

Also, check out our other articles on how to get kids to eat their veggies:

More About the Study:

The study was done at the Gretchen Swanson Center for Nutrition in Omaha, Nebraska. Here are their findings:

“The kids were positively influenced by their peers through role modeling of healthy behaviors,” says Amy Yaroch, executive director of the Gretchen Swanson Center for Nutrition in Omaha, Nebraska, who was not involved in the research.

“We know from behavioral theory that role modeling is an effective strategy to get people (including young kids) to adopt healthy behaviors. Parents typically serve as role models, but peers can be a very strong influence as well, especially if they are viewed as ‘cool’ by their peers,” Yaroch says.

“Figuring out ways to make screen-time into healthy time is critical for our young children, who are expected to have shorter lifespans than their parents due to obesity-related diseases,” Staiano says.

Maria Tresgallos - September 18, 2017 0
Mornings can be tough! I don't know about you, but I want something quick and ready in the early mornings when I'm in a...

20 High Protein Dinner Ideas to Keep You Satisfied and Full

Get Your Picky Eater to Eat Healthier. Professional Advice from a... 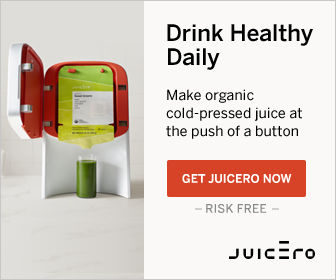 Thank you for subscribing.

we respect your privacy and take protecting it seriously

Skip the Store Bought Snacks and Make These Protein Balls Instead!

March 13, 2017
About
Watch Videos
Submit Video
Submit a Recipe or an Article