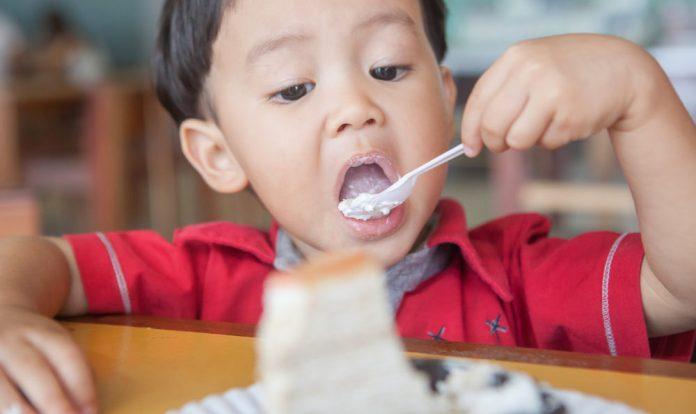 “ Dessert rules say: if you don’t eat your peas, you can’t have dessert.”

“No pudding for you young lady!”

“Just one more mouthful, then you can have some ice-cream”

Any of these sound familiar? It’s a really common parenting trick to create dessert rules and hold dessert hostage. After all, we’re always looking for levers and incentives, right?

I teach parents that making dessert rules by eating the healthy stuff is actually a counter-productive strategy, and here’s why:

When I talk to parents about the importance of ditching the dessert rules, inevitably someone raises the question of how wrong it feels to give your child something sweet and calorie-laden when they have hardly touched the healthier aspects of the meal.

I suggest that the answer to this one is flexibility. Without telling anyone that this is what you are doing (as you’ll end up back in the realms of withholding the sweet treats as a punishment) just make the decision that, on a day when your child has refused a lot of their main course, everyone gets pudding, but it’s just a small portion of fruit.

And it has to be everybody. It’s really unhelpful to give one child an apple while the rest of the family tucks into something sweet and calorific! It’s not such a bad thing to keep desserts small and healthy anyway – at least while your child is going through a picky phase.

Finally, look at how you talk about food. If you are always enthusing about the dessert and describing the veggies as a chore, your child will pick up on this. Get as excited about the peas as about the pecan pie. Ultimately, how your children respond to food is predominantly influenced by how you respond to food and it’s amazing what messages we unconsciously convey.

The Very Best Iron Rich Foods for Kids, Pregnancy and the Rest of Us

Renee Seltzer - January 14, 2018 0
My goal is to introduce you to new and exciting foods each week. This way you will not need to try out every single...

20 Pumpkin Pie Recipes. From Classic to Gluten-Free to Pumpkin Pie...

Will You Take Our Survey?